HOW THIS ALL CAME ABOUT...

10 years ago a young Episcopal priest named Jimmy Bartz started an emergent mission church called Thads in Los Angeles. He wanted it to reach a multi-generational community of churched and unchurched people. Hunter Perrin and I began writing original music for the church not really knowing what would be acceptable but having to create music for the sermon each week. Hunter is a Texas guitarist and I am a singer heavily influenced by early southern R&B. We were encouraged to be original and no one tried to edit our musical approach so we wrote freely from what we loved and our musical influences came through in the songs. Other like minded musicians joined us and we became the Thads Band. Over the years the good songs have became the basis for the church hymnal and this website. The writing continues. We play what we’ve come to call Gospel Americana. Its a blend of gospel spirit and American roots music. 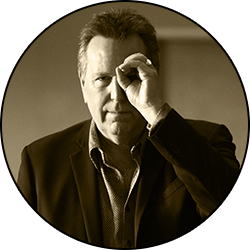 Ian grew up on Stax/Volt and Atlantic R&B and gospel records and thought if he tried hard enough he could sing like Otis Redding and play like Pop Staples.  Failing that he formed a 80’s LA band The Naughty Sweeties, recorded 3 albums and played around the country with a variety of acts including Tom Petty, X, The Blasters, Tina Turner and John Cougar Mellencamp.  He quit writing and singing music outside the family for 20 years until Thads. 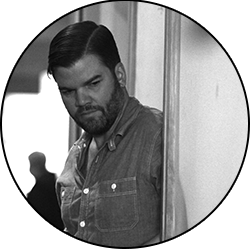 Hunter comes from a musical family in Texas. He was raised on equal parts rock and roll, Tejano, and rhythm and blues. He is fortunate to have performed with many of his influences including Archie Bell, Roy Head, Jerry Lee Lewis, Little Richard, John Fogerty, and Billy F. Gibbons. 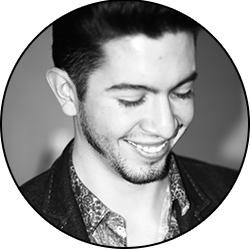 Nolan was born in northern California, and moved to Los Angeles on the seventh hour on the seventh day after his seventh birthday. It was in Los Angeles where he began playing guitar and studying music. A Berklee College of Music Alumni, he has released a self-titled EP, and a full-length album called “Businessman” with the band “Albert,” which features many musicians of the Thad’s community. 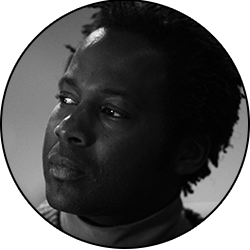 Angelo Francois is a believer in the love and deliverance of Christ and also a singer, writer, poet, rapper, producer and percussionist. Angelo has been involved in music for a total of about 20 years. As a solo artist, in 2012 Angelo released a Hip Hop album called, “Falling To Peace is”. Angelo is a singer and drummer in 4 worship groups and is currently the lead percussionist in the band Welcome Home. 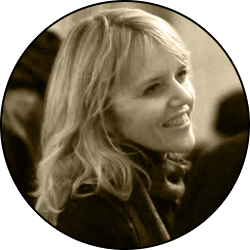 Koren is a “gringa con corazón latino.” Born into a musical family, early influences included cowboy tunes, folk rock, and spiritual’s. She found her own muses while studying and playing Brazilian music in Rio and dancing in the LA salsa scene. Koren has sang and played keys since she was a kid and picked up congas in her 20s. She has been in numerous bands ranging from garage to legit, funky Latin to 1950s to the ever evolving, ever inspiring Thad’s ensemble. 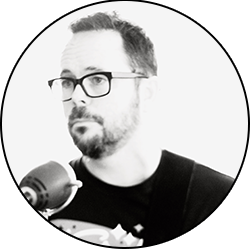 Mike Coulter was raised Kansas City where he learned from some of the greats. As a live sound engineer at The Grand Emporium, he worked with the likes of John Lee Hooker, Albert Collins, Wynton Marsalis, Jimmy Cliff and Harry Connick Jr just to name a few. He then relocated to Los Angeles where he has been composing and producing music for television, film and multimedia as a part of a partnership called Confidence Head. Mike has had the great honor of performing and recording with the Thads musicians in many different projects over the years and is proud to be a part of Gospel Americana. 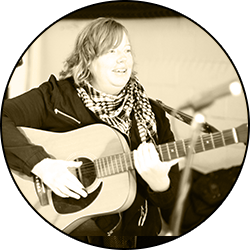 Ann Scharnhorst
Ann was raised on classical music, marching band, and musical theatre in St. Louis, where she learned to sing harmonies at her family’s annual neighborhood Christmas caroling party. The piano and French horn lessons of her childhood gave way to guitar and songwriting as an undergrad at the University of Michigan, where she learned music was more than notes on a page and could heal people’s hearts, including her own. “Worry Tree” is her first recorded single. 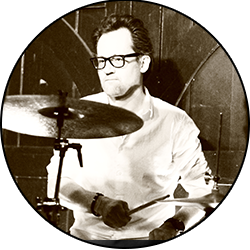 Johnny Sneed was born in Japan, and raised in Gulfport, MS. He attended college at the University of Texas at Austin, and Law School at the University of Mississippi. Since 2001, Johnny has lived in Los Angeles as an actor, drummer, and photographer.  He can be seen acting in commercials, TV, and movies.  His favorite role is Hal Blaine in the movie, “Love & Mercy”, about Brian Wilson of the Beach Boys. A memorable drumming experience happened in 2013, when Johnny and some other Thads musicians recorded songs at Levon Helm’s studio in Woodstock, NY, for the band ALBERT’s album “Businessman.” A few of Johnny’s favorite drummers are Levon Helm, Brian Blade, Jay Bellerose, Billy Martin, Tony Allen and Elvin Jones.

FEATURED TRACKS
ALL TRACKS
Featured Products!
SHOP OUR STORE
Join The Movement! Sign up for the Gospel Americana newsletter.
Go to Top